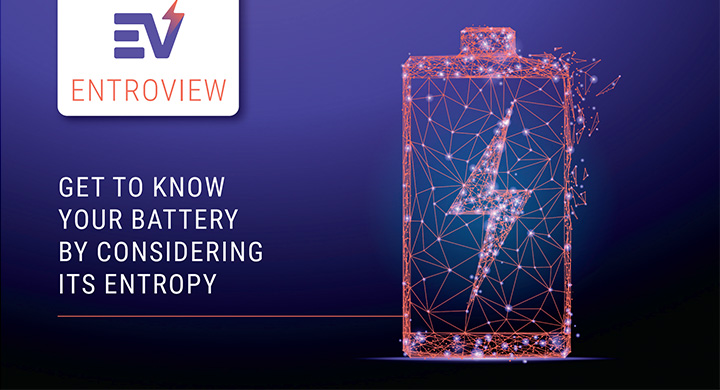 
With the market for electric vehicles (EVs) taking off, producing batteries for these cars has become a strategic issue for Europe. And along with it come plenty of challenges in terms of performance and reliability. Brand new start-up Entroview was created in July 2021 after an incubation period at SATT Linksium, and plans to ride this wave.

Its founder, Sohaïb El Outmani, is putting the research from his thesis at GIPSA-Lab into practice, after an all-important meeting with Rachid Yazami, co-inventor of the rechargeable lithium battery and winner of the 2014 Draper Prize. In concrete terms, he has developed and patented a technique allowing the condition of a rechargeable battery to be monitored in real-time, by measuring electrical and thermodynamic parameters such as entropy. “We are able to measure the entropy of a battery in real-time thanks to model identification algorithms and machine learning,” explains Sohaïb El Outmani, whose thesis was supervised by Olivier Sename and Pierre Granjon, professors at Grenoble INP – Ense3, UGA, and researchers at GIPSA-Lab. “With the classic tools, it takes several days to measure this variable. But this method gives a very good idea of the level of charge and condition of a battery, and it’s a lot more accurate than other kinds of tests.” 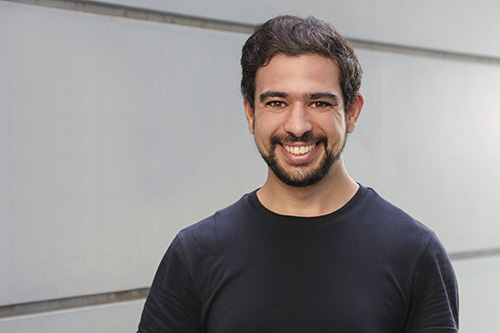 Potential applications at different levels of the value chain


Beyond improving management of battery charging and use cycles, and therefore extending battery lifespan over time, this technology opens up extremely promising possibilities.
With the fast-arriving need to mass-produce EV batteries, we are currently seeing the creation of huge battery factories, known as gigafactories. These facilities will manufacture billions of cells, which have to undergo quality tests that sometimes take over a week before being sold. Entroview is developing a method that will allow this testing time to be reduced or even eliminated. Initial results are encouraging.

The start-up’s technology can also be used at other stages of the value chain. They are working with a huge international industrial group at the moment, in negotiations for a partnership, to assess the condition of battery farms used to regulate the production of intermittent renewable energy. “It should make it possible to avoid the weekly shutdowns needed to recalibrate the batteries.” And lastly, Entroview is also in contact with gigafactories, who are extremely interested in the start-up’s activities.