Following a 20 month break to upgrade its systems, the European Synchrotron Radiation Facility (ESRF) was rebooted on Tuesday, August 25. With performances 100 times higher than the old system, the ESRF is now the world’s most powerful x-ray source. And what will this powerful x-ray source be used for? The field of fuel cell research offers a recent example. In addition, the sector will benefit from government support thanks to a plan presented on September 8. 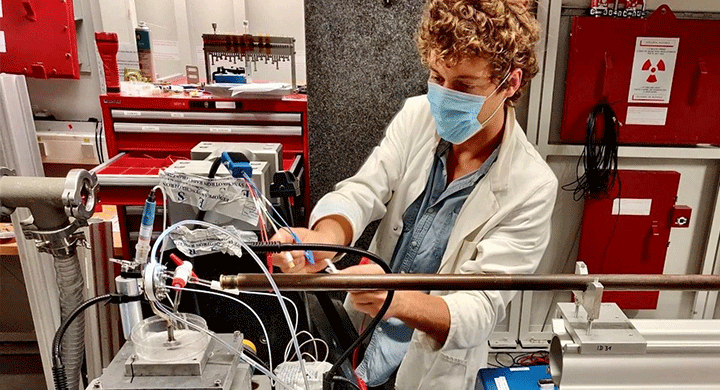 The ESRF-EBS (Extremely Brilliant Source) creates a beam of electrons that is 2 micrometers high and 20 micrometers large (30 times thinner than the previous version). The beam travels at speeds nearing lightspeed and produces even brighter x-rays that can dissect material on the smallest of scales (down to the nanometer level). This upgrade changes everything for researchers such as Raphaël Chattot, who is doing his postdoctoral research at the LEPMI (CNRS, Grenoble INP, UGA, Université Savoie Mont-Blanc) and the ESRF. Thanks to the ID31 x-ray beam, he is able to design electrodes for higher performance fuel cells.


Developing hydrogen technology and fuel cells is part of the process required to create a carbon-free energy system. Hydrogen produced by the electrolysis of water reacts within the fuel cell to create electricity that can power an electrical motor with water as its only output. Within the fuel cell, hydrogen reacts with oxygen. The oxidation and reduction reactions are catalyzed by platinum, a very expensive material that deteriorates over time. 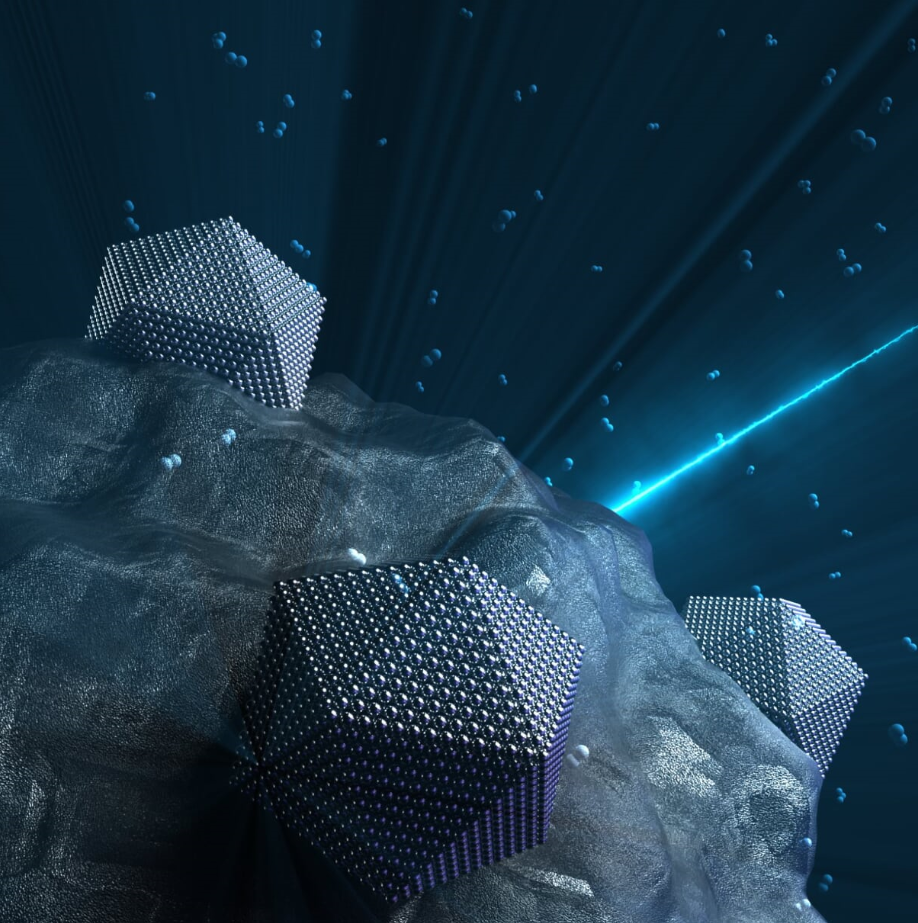 The research work carried out by Raphaël Chattot and his colleagues at the LEPMI and ESRF aims to use platinum in a manner that offers greater performance and durability. “To reduce the quantity of platinum required for an electrode, we use it in the form of nanoparticles. However, these particles don’t keep their properties for as long as the fuel cell life cycle. There are crystallization defects that appear over time and have an impact on the system’s performance. And lowering the overall activity of the catalyser over the short-term actually increases local activity in terms of certain defects,” explains Raphaël Chattot.

To create materials that are both high-performing and durable, researchers need to find the ideal compromise by inserting beneficial structural defects when designing the nanoparticles. To achieve this compromise, researchers need to correlate the creation of a certain defect with a particular performance. This is where the ESRF-EBS comes in. The nanoparticles are bombarded with x-rays which enables researchers to view their crystalline structure. The more powerful x-rays delivered by the new synchrotron will enable researchers to observe materials directly within the electrode as it operates and thus understand the relationship between structure and performance in real-time.

“The new source produces many more photons per time frame which increases the speed of image acquisition. The source is also thinner than the previous one and enables greater precision when imaging electrocatalytic layers that are only a few micrometers apart when viewed within the fuel cell. This type of in-situ study is essential if this technology is to be developed beyond the laboratory,” highlights Raphaël Chattot. Thus the new source enables researchers to collect much finer images of high-speed phenomena taking place within systems that are up and running. It’s an improvement that will offer much new information for a variety of fields of research.
A+Augmenter la taille du texteA-Réduire la taille du texteImprimer le documentEnvoyer cette page par mail Partagez cet article Facebook Twitter Linked In