Ever dream about an electrical, self-amplified guitar that’s easy to carry? The Slite by Reveho is the new project launched by three recent graduates of Grenoble INP - Phelma, UGA. Their new startup, Reveho, launched a Kickstarter campaign on Sept. 9 in order to commercialize the first models. 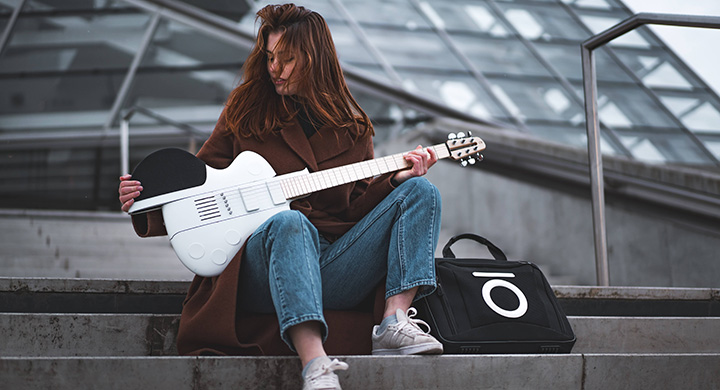 The project began in 2014 when Alexandre Albisser was a senior high school student and had to carry his guitar on public transportation every day. During an engineering science project, this constraint led him to imagine and develop a prototype for a modular guitar that can be disassembled for easier transportation. “I quickly realized that there was a real market opportunity!”

When Alexandre started his first year of studies at Grenoble INP - Phelma, he contacted Pépite oZer (a university structure that supports student entrepreneurship). As a result, he obtained the status of student entrepreneur in order to continue developing his project, and this was the beginning of his “real entrepreneurial vision.”

He created a team with two associates, Lucas Charron and Mickaël Albisser (his brother), both of whom are also passionate about music and technology. Lucas is in engineering school with Alexandre while Mickaël is already a Grenoble INP - Phelma alumni. Lucas and Alexandre are part of the school’s « Signal, image, communication, multimédia » program, in which they can develop their prototype during school projects. “So far, we haven’t had any real difficulties. The only issue has been ressources, notably funding, which has slowed our progress.” 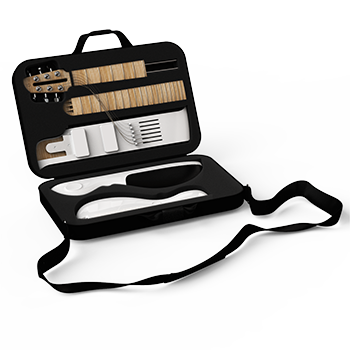 Although the three partners are developing their first prototypes with whatever resources they can find, the school and Pépite oZer have offered them a “great network” and they’ve been able to exchange in particular with alumni et colleagues who are the inventors of Enhancia, , a connected musical ring.

Their prototype has been developed with the use of 3D printing and digital milling techniques. The inside of the guitar has numerous electronic components. And the model can be disassembled into five pieces. One of the engineering challenges has been to guarantee the solidity of the guitar once assembled. The heart of the guitar, the fretboard, is made of wood in order to ensure high sound quality. The wooden fretboard is combined with an aluminum structure. After a 6 year development process, the finished product is both esthetic and ergonomic while producing sound that matches that of high-end guitars currently available on the market.

The startup launched a Kickstarter campaign in order to fund the industrialization process and pre-sell its first models. As part of this process, they are also looking for a partner in Europe, and in particular in Italy, who could help them with large scale industrialization.

After graduating in July, Alexandre is aware of the support his engineering studies offer: “We’re clearly using what we learned in class. Nothing could be more enriching! We’re also continuously learning new skills in areas such as marketing, communication or creating a web site. These challenges force us to work outside of our comfort zone.”

The Kickstarter campaign will run until Oct. 9 and the first guitars should be delivered beginning 2021. 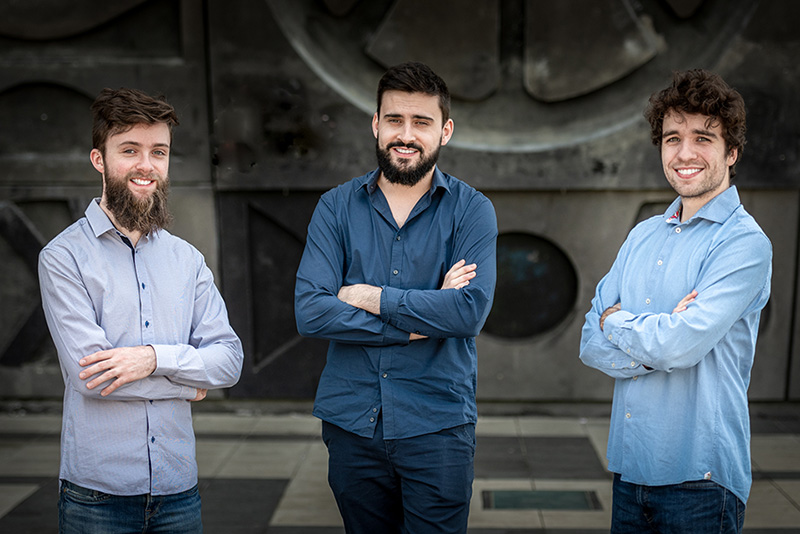