The 3D printing skills and tools available at the S.mart Grenoble Alpes cluster (previously AIP Primeca Dauphiné-Savoie, and a Grenoble INP industrial engineering partner) have been put to good use to help medical efforts and support healthcare professionals during this crisis. 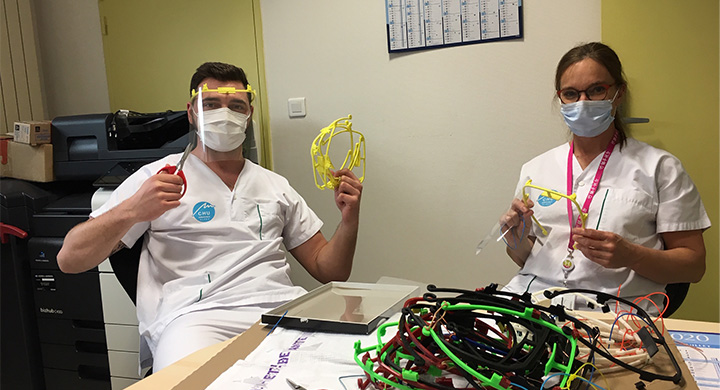 Over the course of several days, 860 visors were produced by members of the RAFU* network, which was expanded to include La Casemate, LOG (Laboratoire Ouvert Grenoblois), Gre-Nable and several individual participants. More than 700 of visors were delivered to the North and South university hospitals of Grenoble (CHU). The solidarity and collaborative efforts of this 3D printing group in the Grenoble region have continued and are being further organized in order to be efficient for the long haul.

Since the beginning of the health crisis, several FabLab actors at Grenoble INP and UGA wondered how they could help healthcare professionals. Alain Di Donato, head of the GINOVA technical platform in the S.mart Grenoble Alpes cluster, and Philippe Marin, a professor at Grenoble INP industrial engineering and a researcher at the G-SCOP lab**, asked themselves how they could help medical services that lack masks, protective visors and artificial respirators. “While some of our colleagues began making masks, we decided to concentrate on protective visors. These visors are placed above masks to reduce mask contamination. As a result, they require less strict approval measures from hospital services. In times of crisis such as now, they can be used immediately,” explains Alain Di Donato.

With a few colleagues, they went to work without counting their hours. At first, they worked with an existing visor model. But it was too long to print (4 hours per visor frame). With Philippe Marin and several other members of the group, they developed a simpler model that was the first to be tested and approved by their network of healthcare professionals. After a few modifications to improve the visor adjustment and a clip-free connection system for the visor panel (little studs enable the visor to be easily connected to its frame), the new visors models can now be printed in a little over an hour!

For the past few days, RAFU network makers* have been working relentlessly at home to print visors using 3D printers borrowed from their workplaces. “We set up a logistics chain so that a few healthcare professionals pick up the visors from the makers’ homes on their way to the South CHU, which then redistributes the materials.” It took only a few days for the first visors to be delivered to hospitals in Grenoble and Voiron as well as retirement homes and freelance nurses, all of whom are in contact with COVID+ patients.

The group of makers is also working on other projects such as producing a plastic protection tunnel that can be placed on a stretcher before loading it in a helicopter, or door handles that can be opened hands-free. Finally, the group is working to produce Covid-resistant masks thanks to a Grenoble INP alumni who was able to help the group obtain special antibacterial filtering tissu produced by the alumni’s company Amcor (the company already produces this tissu for sterile equipment packaging in hospitals). 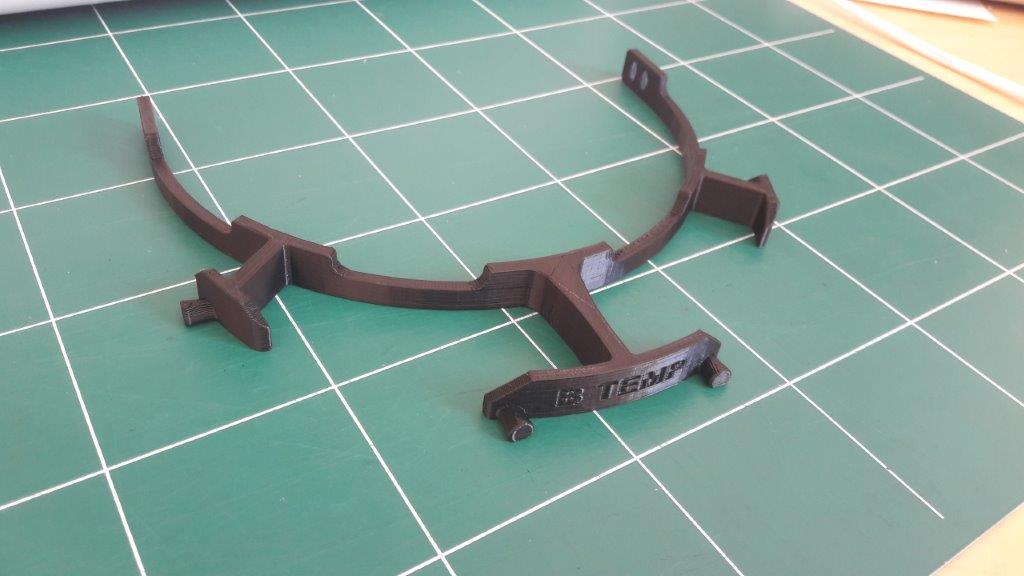 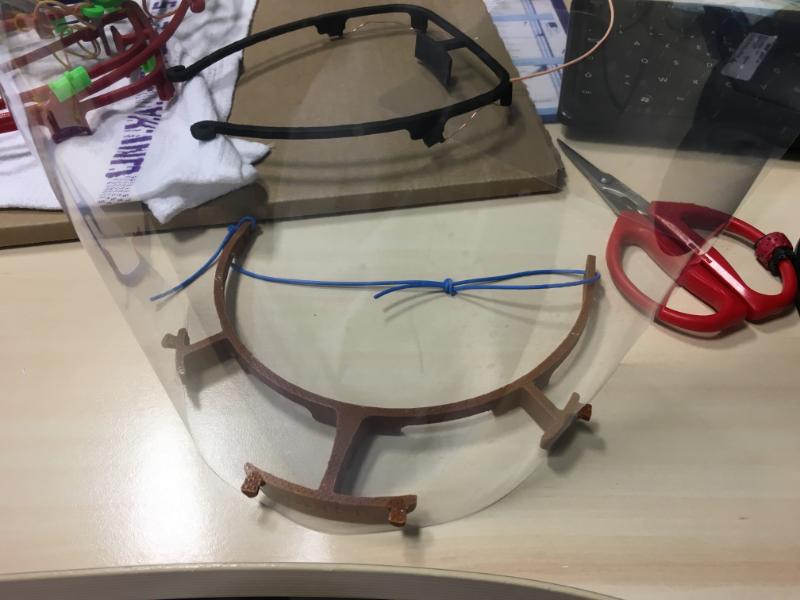