As of 11 June 2022, Vivien Quéma, University Professor in Computer Science and junior member of the Institut Universitaire de France, is officially the Director of Grenoble INP – Ensimag, UGA. He succeeds Jean-Louis Roch. 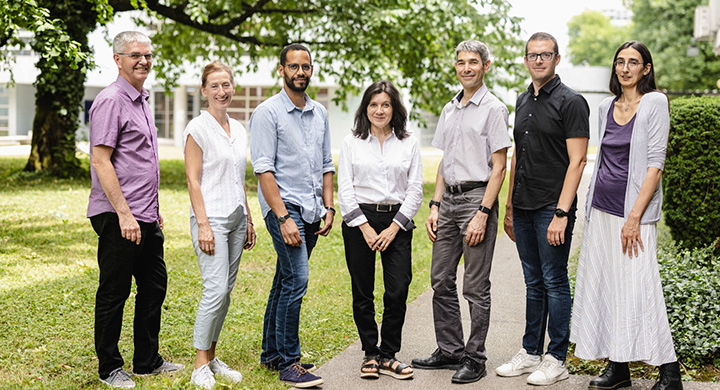 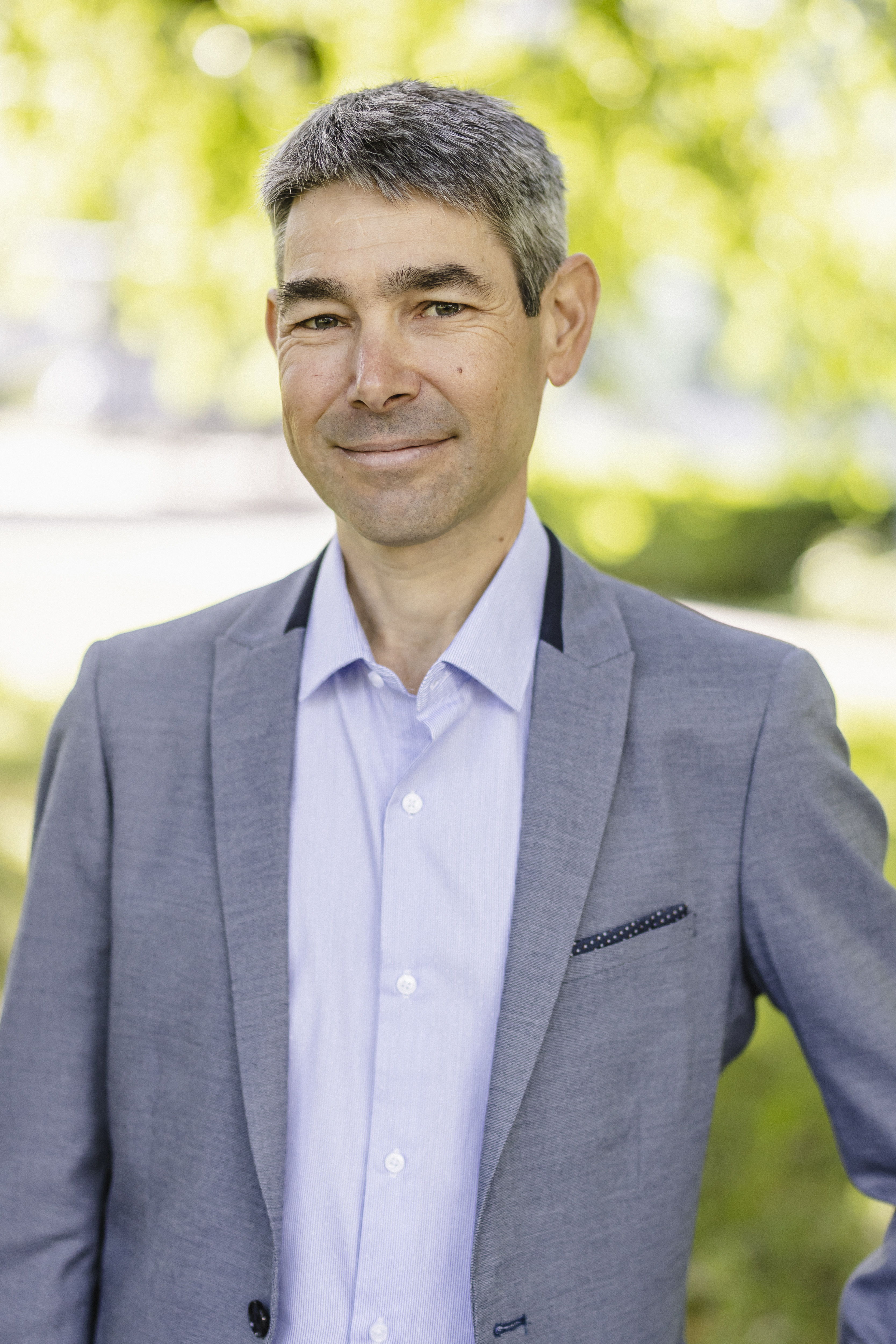 After graduating from the Telecommunications Department of Grenoble INP* in 2002, Vivien Quéma worked on his PhD thesis at the Logiciels Systèmes Réseaux laboratory (LSR, which became part of the LIG in 2007) and Inria in the field of Software Engineering, which he defended in 2005. He then went on to do a post-doctorate at the University of Rome I “La Sapienza” on distributed algorithms.

In 2006, he returned to the LSR as a CNRS Research Fellow, and then passed his HDR (Accreditation to Supervise Research) and obtained a position as University Professor at Grenoble INP – Ensimag in 2011. He is a member of the LIG (Grenoble Computer Science Laboratory), where he conducts research in the field of Computer Systems, with the aim of making these systems more efficient and robust.
In addition, he has undertaken several research placements both in France and abroad; namely at the Ecole Polytechnique Fédérale de Lausanne (EPFL) in 2007, at the University of Texas at Austin in 2010, and in 2014 in a research team shared between the University of Paris 6 “Pierre and Marie Curie” and Inria Rocquencourt.

In 2016, Vivien Quéma became the Executive Director of the education component of IDEX for the entire Grenoble community – a position he held for two years. This experience gave him the opportunity to gain a comprehensive overview of everything that was happening on the site (with 30 components at the time) in terms of training, but also to manage a budget of several million euros per year, and to participate in the implementation of numerous structural projects.

In 2019, he was made junior fellow of the Institut Universitaire de France, which allowed him to devote more of his time to his research activities. After two years dedicated mainly to research, he decided to apply for the management position at Grenoble INP – Ensimag, UGA.
“I had some ideas in mind about actions to be taken within the School. However, I wanted to meet my colleagues (both administrative and academic) during September and October 2021. About 90% of them made time to exchange ideas with me, which allowed me to gather everyone’s thoughts and wishes for change. With the help of a management team that was formed over the same period, we drafted a project proposal for the School and organised an informal consultation with staff during November, in order to ensure that the project met the expectations expressed by our colleagues. As this consultation proved to be very positive, I officially applied for the role of Director of Ensimag.” Vivien Quéma has been appointed as Director of Grenoble INP – Ensimag, UGA for a term of 5 years, taking up his new role on 11 June 2022.


Firstly, the school’s teaching model will be developed. “To maintain the prestige of the school, we must train socially responsible engineers who are in tune with the major transitions we are currently living through. It is therefore essential, while preserving the school’s DNA that lies in the dual Mathematics/Computer Science competence of our graduates, that we develop our teaching model to meet the demands of future professions, in fields as varied as eco-friendly digital technology, cybersecurity, artificial intelligence, quantum computing, embedded systems and connected objects, and the cloud, among others.”

The new director wants this model to be as modular as possible in order to meet various requirements. First of all, it will allow for the development of more personalised professional projects, and for collaborations with other parts of the site (within Grenoble INP and the UGA). In addition, this model will improve the handling of the increasing diversity of student profiles, linked to the evolution of training courses on offer (e.g. baccalaureate, preparatory classes, University Institutes of Technology, etc.). Finally, this modularity should facilitate the international mobility contractually imposed by the CTI (Engineering Titles Commission), and make it possible to develop the continuing education offer.

Vivien Quéma’s plan for Grenoble INP Ensimag does not overlook the need to improve the quality of working life. The new director wishes to set up a quality management system (with the ambition of ISO 9001 certification), which will enable more efficient processes to be developed. The idea is to reduce the workload by optimising what can be optimised, and to reduce sources of tension caused by weaknesses in certain current processes. Lastly, it aims to promote and support actions proposed by the school’s staff to improve the overall quality of working life.

Finally, Vivien Quéma stresses the fact that the various actions carried out within the School (whether in education or in its operation) must form part of an overall CSR approach. “We want to become the benchmark school for Eco-Friendly Digital Technology, and to change how we operate in order to ensure that CSR aspects are taken into account as fully as possible in our structure. In terms of education, a dedicated cross-disciplinary teaching team will be set up to ensure that this theme is integrated into the teaching model in a global and coherent way. Finally, solid support will be given to student associations that contribute to CSR actions.”

To carry out these various projects, Vivien Quéma will be supported by the following team:
*The Grenoble Telecommunications Department was a component of INPG created in 1999 by pooling the resources of ENSIMAG and ENSERG together, with the aim of training telecommunications and computer engineers.
A+Augmenter la taille du texteA-Réduire la taille du texteImprimer le documentEnvoyer cette page par mail Partagez cet article Facebook Twitter Linked In