A Grenoble INP graduate receives the “Nobel prize of engineering”

Rachid Yazami, Grenoble INP graduate, was recently awarded the 2014 Draper prize by the National Academy of Engineering (NAE), which is considered as the “Nobel prize of engineering”. 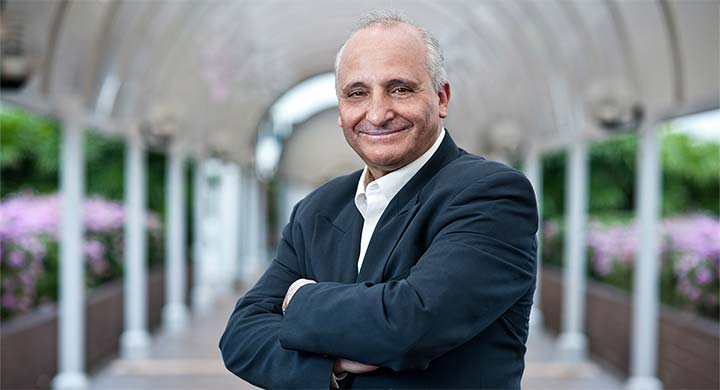 Did you know that lithium battery was partly invented in a Grenoble laboratory? Rachid Yazami made a crucial discovery at the origin of rechargeable lithium batteries whilst actually doing his thesis at the Laboratoire d’Adsorption et Réaction de Gas sur Solide (Laboratory of Gas Adsorption and Reaction on Solids, now LEPMI). This laboratory was part of the Institute of Electrochemistry, the predecessor of Grenoble INP – Phelma, where he graduated. In recognition of his work, he was recently awarded the 2014 Draper prize by the National Academy of Engineering (NAE), which is considered as the “Nobel prize of engineering”. 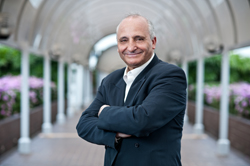 This is no understatement, as his discovery revolutionised portable electronics. In 2012 alone, more than 12 billion lithium batteries were produced, and this figure should increase in the upcoming years partly on account of the rise of electric cars. "I was working on the graphite intercalation compounds for battery cathodes when I had an idea that would shape the rest of my career: whilst the Americans and the Germans had been trying unsuccessfully to insert lithium into graphite by means of a liquid electrolyte, it occurred to me that maybe the problem would not exist with a solid compound, explains Rachid Yazami, now an employee of CNRS and a Visiting Professor at the Nanyang Technological University (NTU) in Singapore. I therefore obtained a piece of solid electrolyte from the Institute of Electrochemistry and tried the operation. To my surprise, the lithium was inserted into the graphite and became gold, a sign that it had been well incorporated into the graphite. I couldn't believe my eyes, I had just made the discovery of a lifetime!"
In fact, Rachid Yazami had just developed, not a cathode, but a rechargeable lithium battery anode. The electrodes act as lithium sponges: when the battery is discharged, the lithium leaves the negative terminal and migrates towards the positive terminal, and vice versa during charging. "Output must be 100% in order for this to take place multiple times. This was the case. From there on, lithium batteries were rechargeable."

Tumultuous beginnings
At first, nobody really believed in this technology. "We presented the project to SAFT, the only French battery manufacturer, but it refused our concept, as at the time it was working in the opposite direction, and we were unable to file the patent."
In the end, the first lithium-ion battery prototype was manufactured by the Japanese chemist Akira Yoshino and Yoshio Nishi launched it on the market in 1991 in the Sony Energytech "walkman". Both Akira Yoshino and Yoshio Nishi were also awarded the Draper prize this year as well as the American John Goodenough, who developed the cathode.
In spite of this, Rachid Yazami is not bitter. "I am very happy today to receive this prize which is a wonderful recognition of my previous work. As for patents, I guess I will just have to make another great discovery!"

Academic career
Upon completion of his thesis, Rachid Yazami joined the French National Centre for Scientific Research (CNRS), and worked in the Laboratoire d’ionique et d’électrochimie du solide (Laboratory of ionics and electrochemistry of solids), now LEPMI (UMR CNRS, Grenoble INP, UJF and University of Savoie). He is currently on leave of absence (detachment) from CNRS and serves as a Visiting Professor at the Nanyang Technological University (NTU) in Singapore, where he does research work at the ERIAN (Energy Research Institute at Nanyang) laboratory and lectures at the "Material Sciences and Engineering" school.
He has worked on other forms of graphite materials such as graphite oxide and graphite fluoride, used in the cathode of lithium batteries.
In 2007, he created a start-up in California to develop and market his patented discoveries in particular on fluoride-ion batteries.
A+Augmenter la taille du texteA-Réduire la taille du texteImprimer le documentEnvoyer cette page par mail Partagez cet article Facebook Twitter Linked In